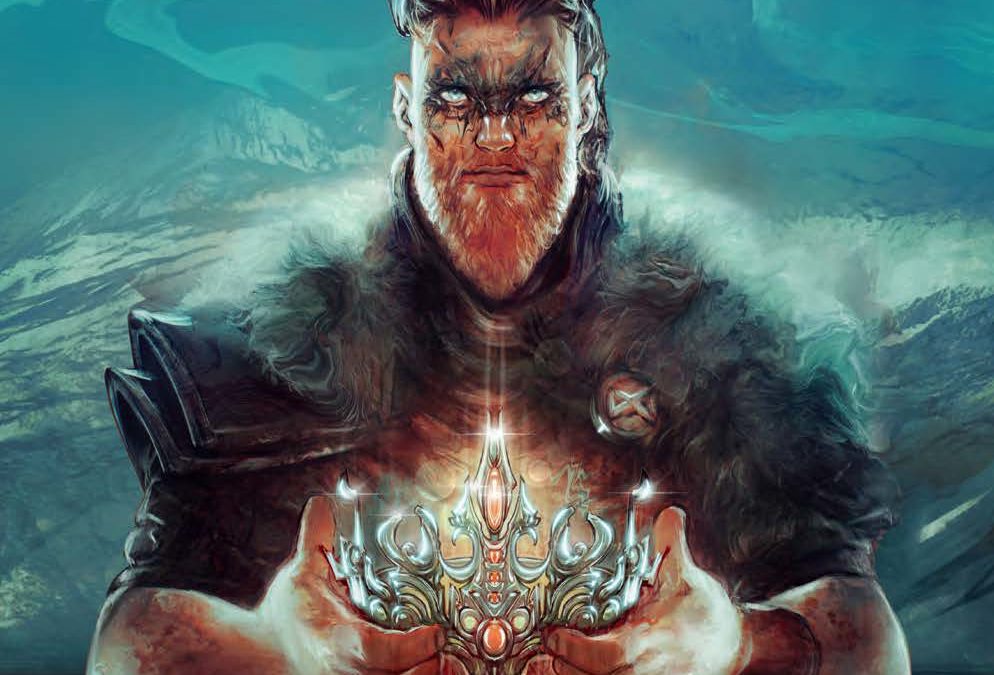 Unleash New Divine Powers in a Breath-Taking World of Contrasts and Surrealism. Embrace Your Destiny as Odin and Complete Your Legendary Viking Saga in the Dwarven Kingdom of Svartalfheim

With development led by Ubisoft Sofia, in Dawn of Ragnarök Eivor must embrace their destiny as Odin, the Norse god of Battle and Wisdom. The dwarven kingdom of Svartalfheim is crumbling, and amid the chaos, Odin’s beloved son, Baldr, has been taken prisoner by the unkillable fire giant, Surtr. Players will be able to unleash new divine powers as they continue their legendary Viking saga by embarking on a desperate rescue quest through a mythological world of contrasts.

Dawn of Ragnarök is designed to offer a true progression for our existing players and is positioned as endgame content. The recommended power level to play the expansion is 340, but new players can still dive right into the expansion and experience Odin’s story. For Valhalla players that haven’t reached the power level of 340, they can boost their character’s stats and gear inside the Dawn of Ragnarök content.

Dark Horse Comics will release ‘’Assassin’s Creed Valhalla – Forgotten Myths’’, a comic series written by Alexander Freed, illustrated by Martin Tunica, and colored by Michael Atiyeh. In this prequel to Dawn of Ragnarök, follow Baldr, the valiant son of Odin, on his quest to forge a lasting peace among the realms. Assassin’s Creed Valhalla – Forgotten Myths #1 (of three) will be available on March 16th, 2022.

With development led by Ubisoft Montreal****, Assassin’s Creed Valhalla offers players the captivating experience of playing as Eivor, a legendary Viking warrior, driven from Norway by endless wars and dwindling resources in ninth century AD. Players can relive the ruthless fighting style of Viking warriors with a revamped dual-wielding combat system and experience new gameplay features such as raids, assaults, and the settlement, as well as a revamped progression and gear upgrade system. Political alliances, combat decisions and dialogue choices can influence the world of Assassin’s Creed Valhalla, so players must choose wisely to protect their clan’s home and their future.

For the latest news on Assassin’s Creed Valhalla and other Ubisoft games, please visit news.ubisoft.com.

*The Season Pass includes two major narratively driven expansions: Wrath of the Druids and The Siege of Paris as well as an exclusive quest The Legend of Beowulf.

**Immediacy only applies to pre-order or purchase of digital version. Offer ends on April 9, 2022.

Since it first launched in 2007, the Assassin’s Creed series has sold more than 155 million games worldwide. The franchise is now established as one of the best-selling series in video game history. Recognized for having some of the richest, most engrossing storytelling in the industry, Assassin’s Creed transcends video games, branching out into numerous other entertainment media.

Ubisoft is a creator of worlds, committed to enriching players’ lives with original and memorable entertainment experiences. Ubisoft’s global teams create and develop a deep and diverse portfolio of games, featuring brands such as Assassin’s Creed ®, Brawlhalla®, For Honor®, Far Cry®, Tom Clancy’s Ghost Recon®, Just Dance®, Rabbids, Tom Clancy’s Rainbow Six®, The Crew®, Tom Clancy’s The Division®, and Watch Dogs®. Through Ubisoft Connect, players can enjoy an ecosystem of services to enhance their gaming experience, get rewards and connect with friends across platforms. With Ubisoft+, the subscription service, they can access a growing catalog of more than 100 Ubisoft games and DLC. For the 2020-21 fiscal year, Ubisoft generated net bookings of €2,241 million. To learn more, please visit: www.ubisoftgroup.com.

© 2022 Ubisoft Entertainment. All Rights Reserved. Ubisoft and the Ubisoft logo are registered trademarks in the US and/or other countries.