Feel the Current of an “Electrifying Night” in Tears of Themis! 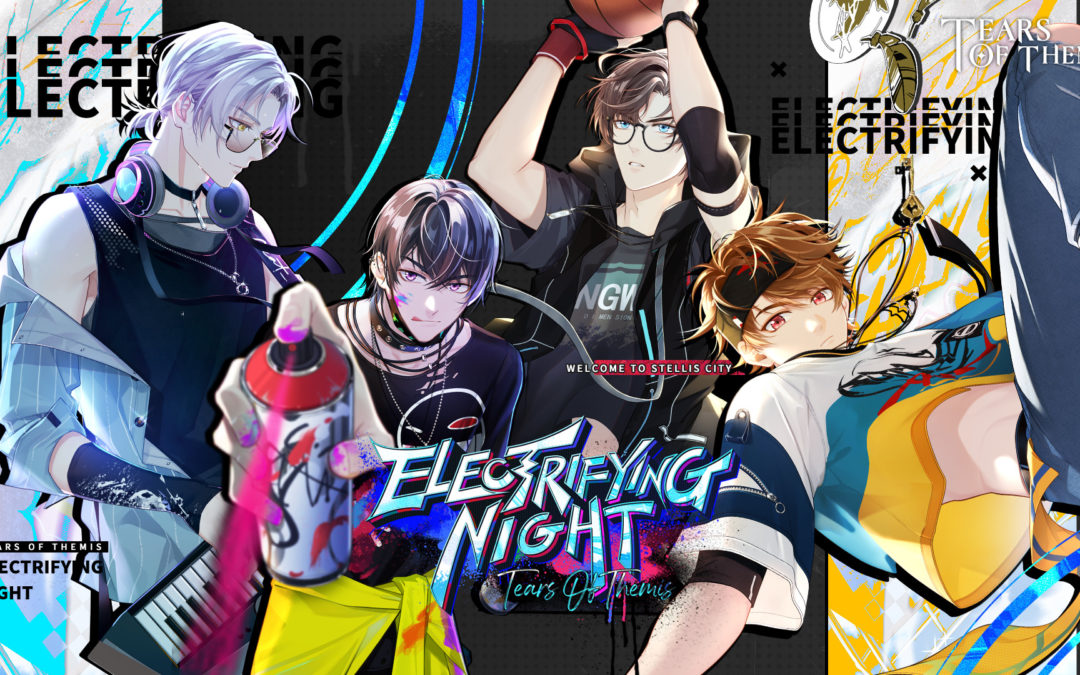 The second part of the limited-time event starts on March 25. Encounter him in the midst of crowded streets, as racing hearts beat to the tune of a moving melody.

Check out the official PV:

The main story of Tears of Themis takes place in the fictitious city of Stellis, where players kick off their legal career as a rookie attorney, solving cases and issues by conducting investigations and debates. When the darkness hidden beneath finally unveils itself, a sinister force that threatens justice and order slowly begins to surface. The four male protagonists with distinct personalities, also known as the members of the NXX Investigation Team, provide continuous support and assistance throughout this journey. Relationships blossom with the establishment of mutual trust and close cooperation.

The second part of the limited-time event “Electrifying Night” will be available from March 25 to April 15. Players can participate in limited-time challenges by using Loaded Dice earned from daily tasks! Each die roll enables players to move a corresponding number of steps on a game board, where they can also activate random Teleport Points! The mysterious Trendy Bar is welcoming guests for a limited time, and the only way to get there is to find the correct Teleport Point! Explore the Trendy Bar to obtain card leveling materials, and complete all Trendy Bar tasks to gain the event-limited “Electrifying Badge”!

In addition to these exciting events, the “Electrifying Night” event Shadow of Themis will also be available from March 25 to April 15. Luke SSR “Through the Heavens,” Vyn SSR “Neon Melody,” and Marius SSR “Vibrant Graffiti” will have an increased draw rate. The in-game Mall will also have a limited-time sale, including the “Electrifying” series of outfits. Whether it be making a streetball shot, skateboarding, playing music, or spraying graffiti outside, reveal a hidden side of him!

Tears of Themis officially launched on July 29 on both Android and iOS. Game text is available in Simplified Chinese, Traditional Chinese, English, Japanese, and Korean, with dubbing available in Chinese, Japanese, and Korean. This game has an age rating of 3+ (all ages) on the Google Play Store (12+ on the Korean Google Play Store) and 12+ on the App Store. For more information, please visit the official website at http://tot.hoyoverse.com, Twitter (@TearsofThemisEN), Instagram (@tearsofthemis_en), Facebook (@tearsofthemis.glb), the official Discord server, or the official YouTube channel.