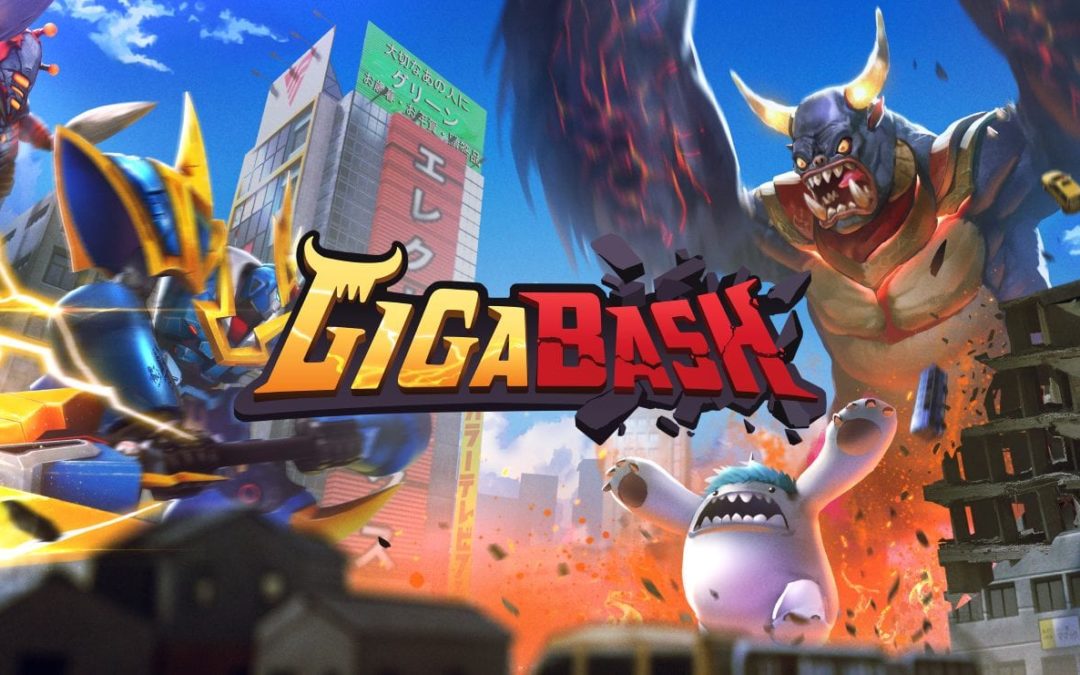 …Plus, you can thrash your friends for free with the upcoming demo at Steam Next Fest

Feb 10th, 2022 – Selangor, Malaysia – Passion Republic Games have released a new trailer for their Tokusatsu-inspired arena brawler GigaBash, showing off the monstrous multiplayer minigame madness of the game’s mayhem mode. They’re also inviting players to beat the bananas out of each other in a free DEMO that’s running as part of the Steam Next Fest, from Feb 21st-28th. GigaBash is coming to PC via Steam and Epic, PS4 and PS5 in 2022.

In Mayhem Mode, up to 4 players can pick from a wacky collection of minigames via local play. It’s designed to be “easy to pick up, fun to watch, and more fun to play”, making it the perfect to bust out at a party or when you have a mix of seasoned players and first-timers at your house.

Mayhem Mode will be included in the free demo at the upcoming Steam Next Fest, alongside Online Mode where players can challenge each other in Free-For-All, Teamplay, or Duel, battling against AI, and Couch Play, which lets you thrash friends and family from the comfort of your own home.

The devs will also host 2 live streams on Steam during the Next Fest to showcase the game. Expect lots of gameplay, shenanigans and even a dev tournament!

The Demo will also be available on Epic Games Store on the same date. Players on both platforms will get to battle each other in Online Play via the technical sorcery of Cross-Play networking.

GigaBash combines the chaos and creativity of titles like Super Smash Bros with the jaw-dropping scale of classic kaiju movies. Choose from a roster of unique characters of Titans and Heroes, each with their own skills and playstyle! Trade fistful blows with up to 4-players, summon lightning from the heavens, throw office buildings at your friends, or roll a whole district (and your enemies) into a single massive snowball. Wreak enough havoc and you’ll evolve into your final form, the terrifyingly titanic S-Class.

Choose from a wide variety of maps and locales as your battleground; each of them has its own unique map mechanic. Fight your foes in densely populated cityscapes, a holiday beach resort next to an active volcano, an industrial city in the middle of Siberia, and more! Got destroyed by another player in the game? Don’t put down your controller just yet! Each locale has its own unique post-death mechanic. Stay in the game and fire an orbital cannon or drop a meteor to exact revenge on the enemy responsible for your early defeat.

Passion Republic Games is a Malaysian-based team of passionate creators bonded together with a decade’s experience in providing AAA quality assets for top developers and publishers worldwide through outsourcing services. We love games and how it unites a wide diversity of people towards a fun-filled gaming session. We believe through our journey in game development and sharing the knowledge gained from it, we can continuously spark inspiration and hope for greater community growth.