Notice of Patch Update for Version 1.04 for ELDEN RING™ SINGAPORE – 19 April 2022 – A patch update for version 1.04 will be distributed for ELDEN RING™ to improve the stability of gameplay and to adjust balance. We apologise for the inconvenience, and we urge you to apply the latest update before you continue to enjoy playing the game. 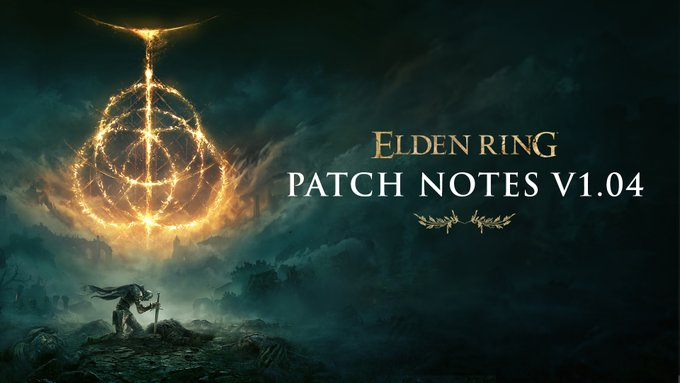 *Players will need to perform any of the following actions for the changes to be reflected. This is required only once. New characters created after this update will not require this action.
・Level up
・Activate Godrick’s Great Rune
・Re-equipping any equipment (armor, talisman) which grants bonus stat to either Strength, Dexterity, Vigor, Endurance, Intelligence, Faith or Arcane

We’ve also made some adjustments to Sorcery/Incantation, Weapon Skill and Bug Fixes.

For the full update, please refer to our website here.

The version number of this update shown at the lower right corner of the Title Screen will be as follows:

Online play requires the player to apply this update.

We will continue to provide improvement update in the future so you can enjoy ELDEN RING more comfortably. Please stay tuned for more news.

About Bandai Namco Entertainment Asia Pte Ltd.
Bandai Namco Entertainment Asia Pte Ltd. part of Bandai Namco Holdings Inc., is a leading global publisher and developer of interactive content. The company is known for creating and publishing many of the industry’s top video game franchises, including PAC-MAN®, TEKKEN®, SOULCALIBUR®, NARUTO®, NARUTO SHIPPUDEN®, Dragon Ball®, GALAGA®, RIDGE RACER® and ACE COMBAT®. More information about the company and its products can be found at http://www.bandainamcoent.asia.