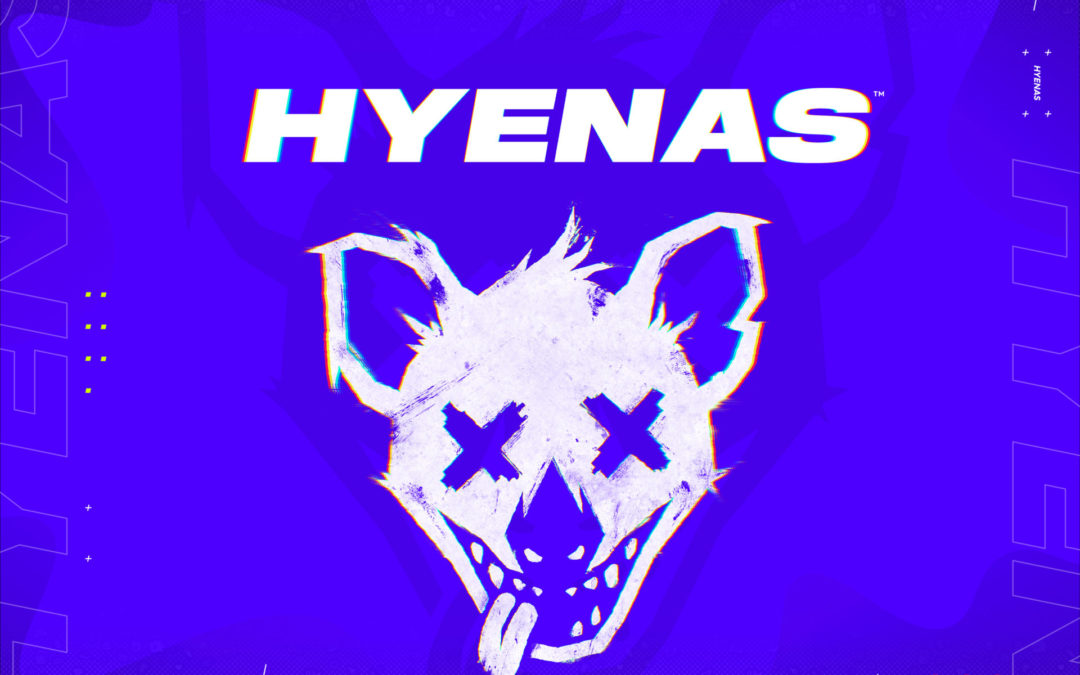 A ballsy entry into the most competitive genre in gaming, HYENAS is driven by a desire to get the  game early into the hands of its most important critics, with sign-ups now open for the closed alpha  test on PC.

In HYENAS, the world is broken… literally. The billionaires have finally made it to Mars, leaving Earth  and those tax bills far behind. The zero-gravity tech that powered their journey has shattered our  planet, abandoning us in a drifting slum called the ‘Taint’.. The only thing the rich care for is rare  Merch, pop culture swag from the lives we left behind, which they loot from the rubble to furnish their  Martian mansions.

Time for us to steal it back. Lumbering spaceship shopping malls, known as Plunderships, are plump  with nostalgic booty stolen from Earth’s remains and packed with the sort of hired thugs, alarm  systems and armed drones only the hyper-rich can afford. Assemble your crew of Hyenas from a  ragtag cast of uniquely skilled and armed criminal misfits to get in, get the Merch and get the hell out.

It’s space piracy smash and grab, with your team of three fighting against four other crews to nab the  spiciest haul and grab the getaway. You’ll need both guns and guile; each Plundership is a sandbox  playground of interlocking systems creating endless opportunities for slick teams to exploit the  environment, security networks, hired goons and competing crews to gain an edge.

And when it all kicks off, blisteringly quick movement and lethal combat combine in hazardous, and  often switchable, zero-G zones, providing dramatic opportunities for you to master your environment  to trap and eliminate other crews.

Get your first taste of HYENAS here: 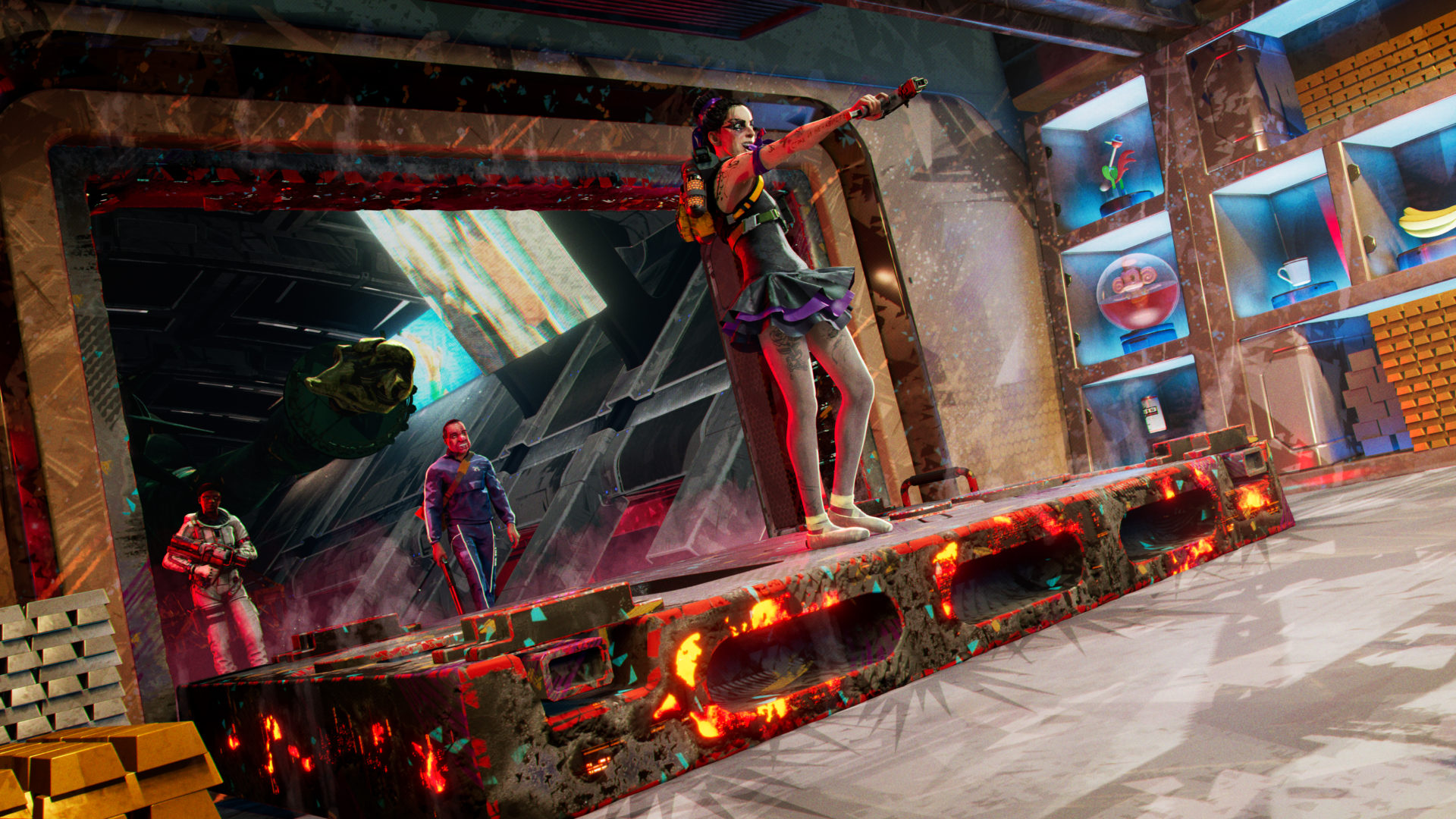 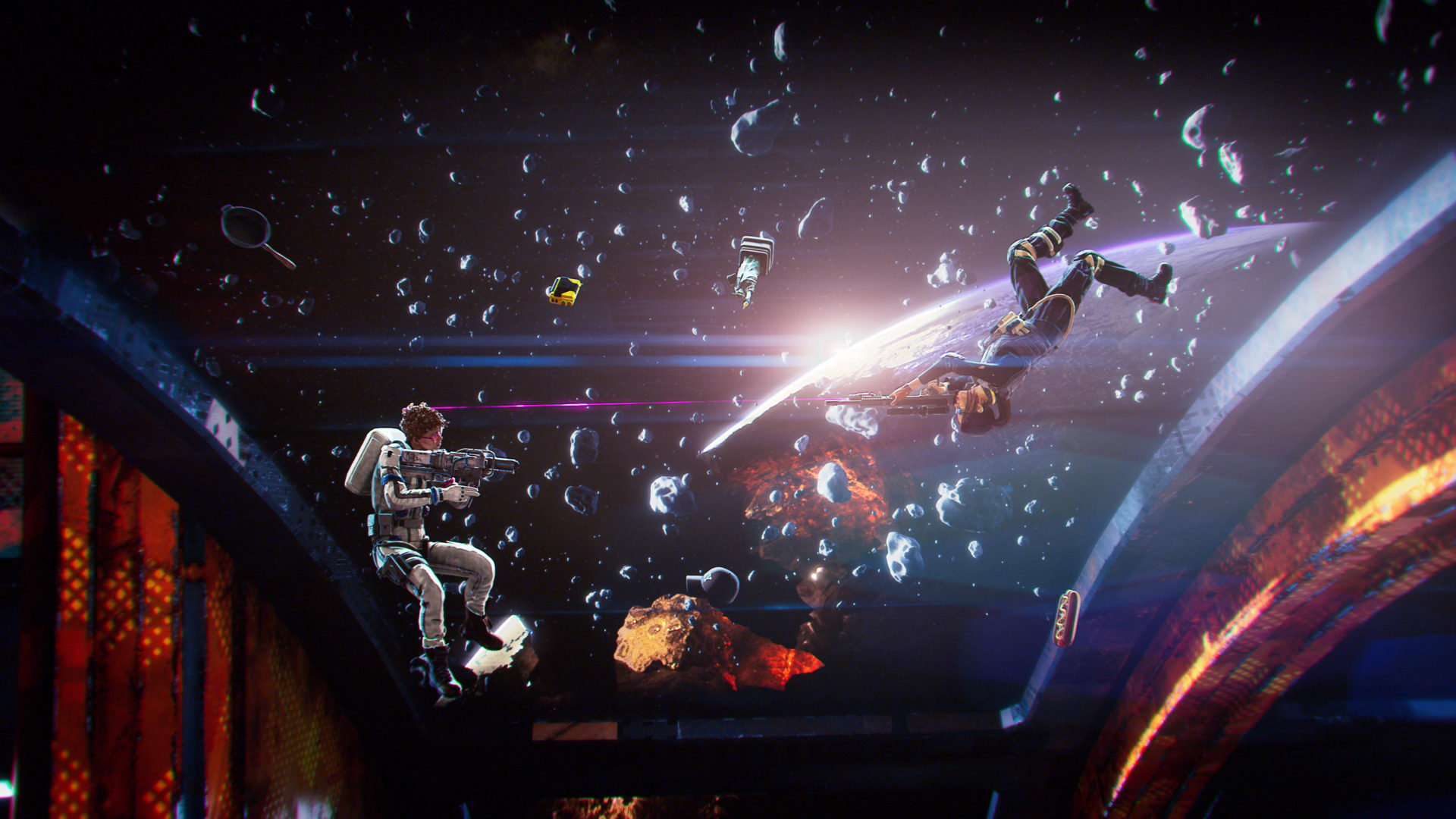 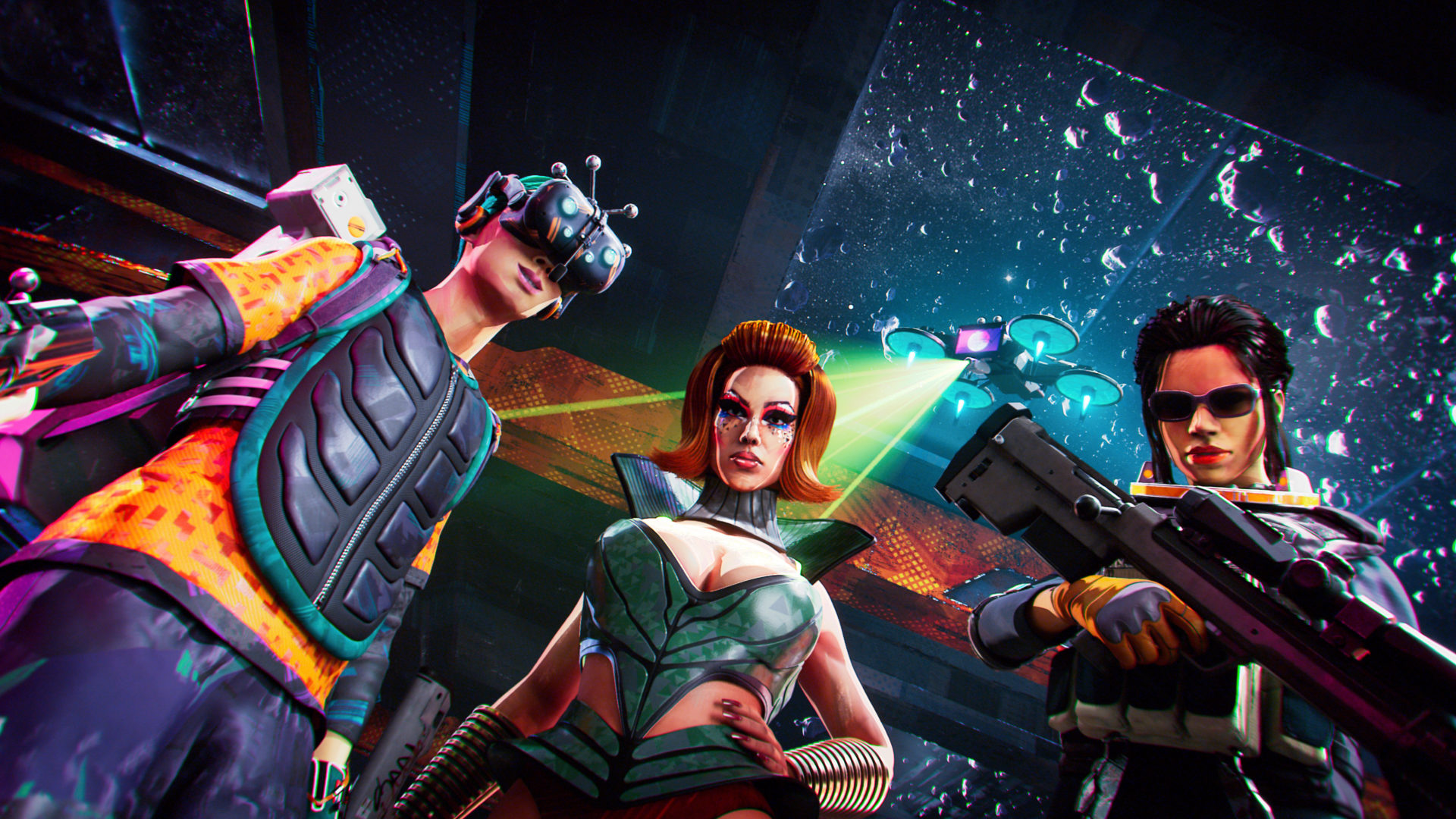 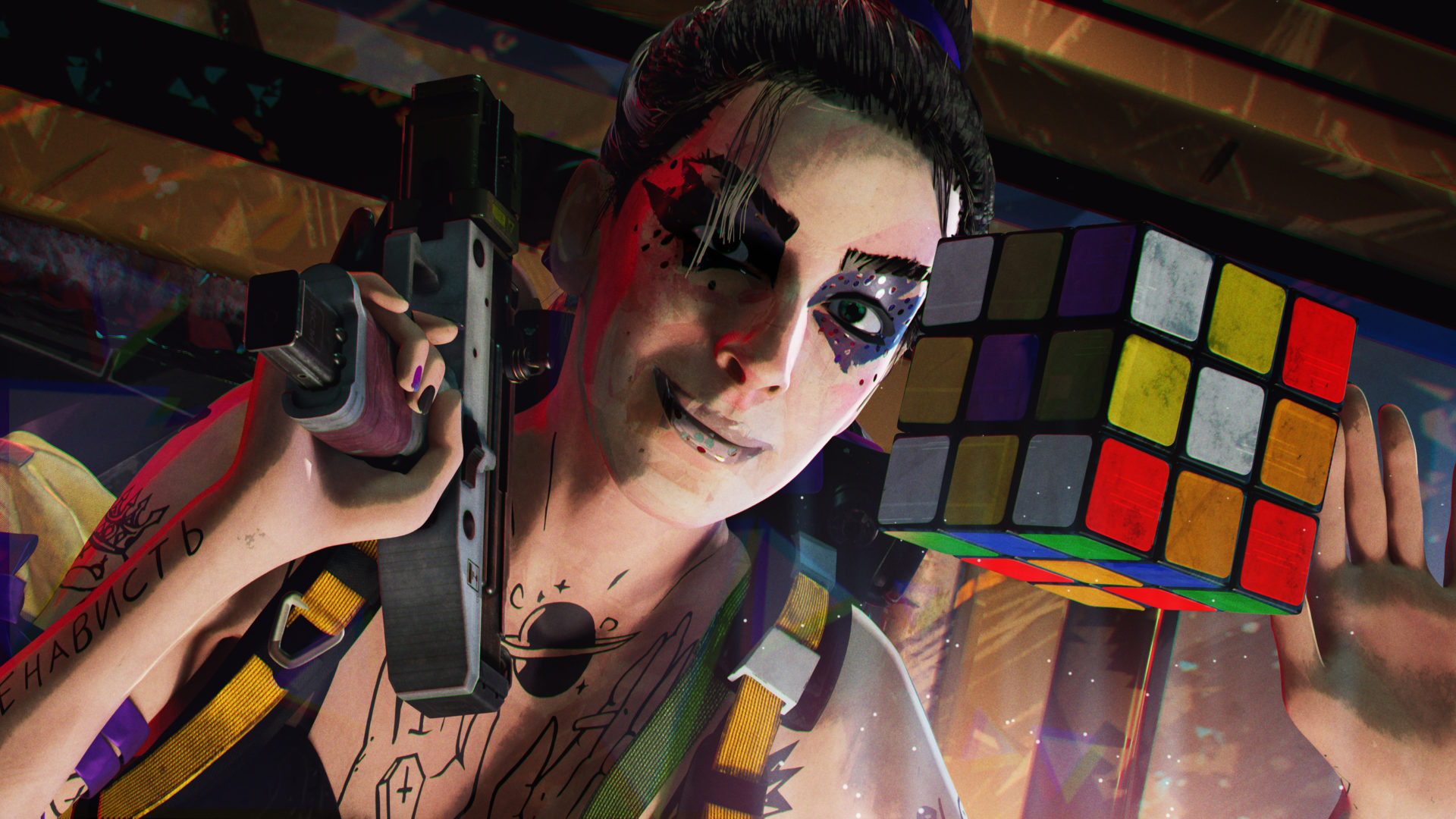 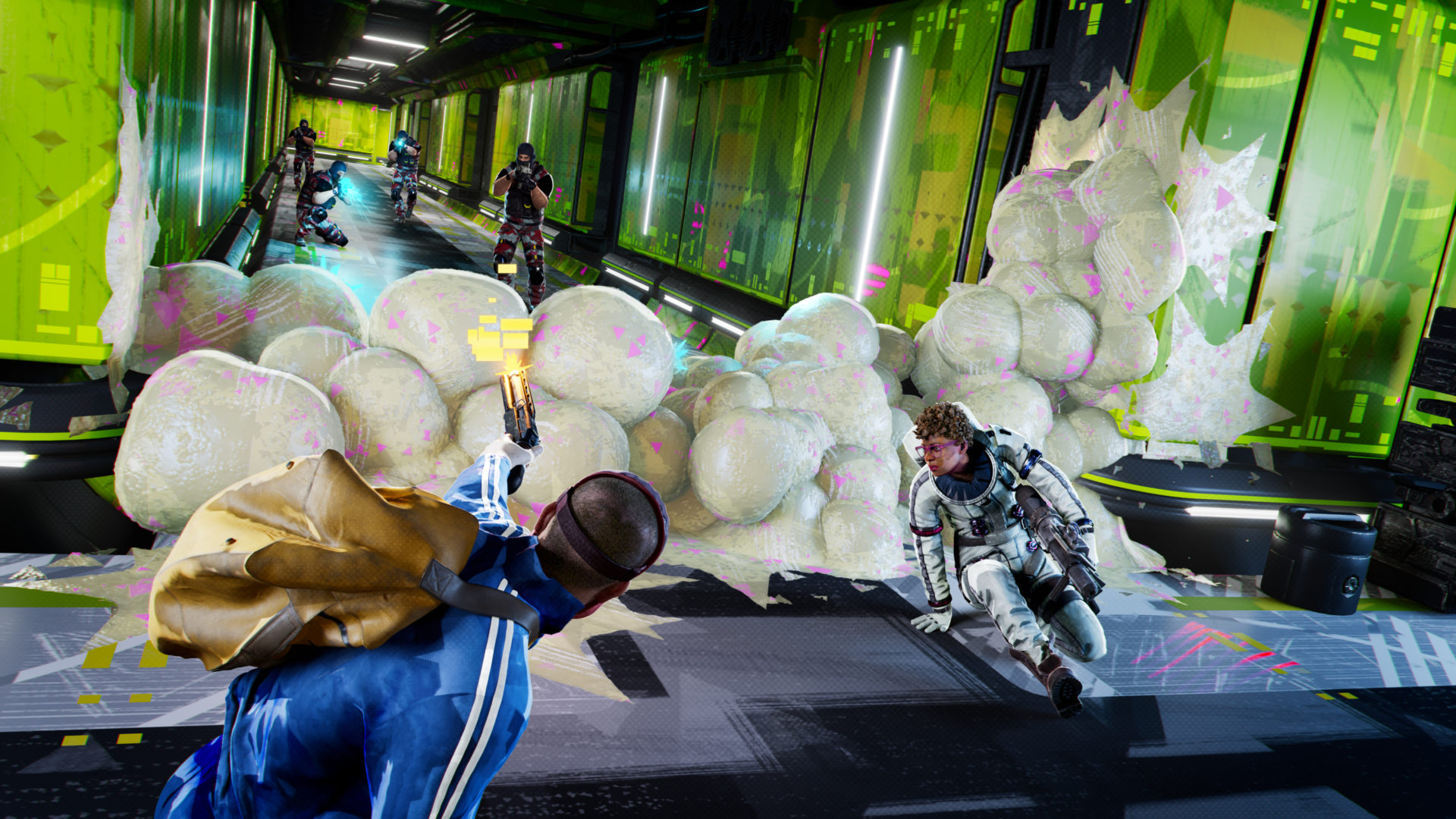 “We believe the key to modern shooter success is understanding what players want to see and where  they want to take their experience. We know we’ve got something interesting on our hands, but we  also know the odds are stacked against us,” said Executive Producer, David Nicholson. “To take on  the biggest games in the industry, we need to hear what players think, right up front and early. If  you’re in, we want to take you along for the ride. That’s why after today’s announcement, we’re also  launching into the first of our public Alpha tests.”

An audacious new project from a multi-award-winning studio, aiming to do to shooters what they did  to horror with Alien: Isolation, there’s much more detail to come. However, some features have  already been ruled out.  HYENAS won’t include pay to win mechanics. It will include Panini sticker albums, a SEGA Mega Drive and PEZ dispensers.

HYENAS is coming to Xbox Series X|S, Xbox One, PlayStation®5, PlayStation®4 and PC in 2023.  For more information about HYENAS, you can follow the progress of the game at playhyenas.com.

About The Creative Assembly™ Ltd.

The Creative Assembly Ltd. is one of Europe’s leading games development studios, founded in 1987  and located in West Sussex, UK and in Sofia, Bulgaria. With a heritage of award-winning AAA titles,  including the multi-million selling Total War™ series, Creative Assembly continues to build an  impressive portfolio of games and world-renowned partnerships; working with Games Workshop  on Total War™: WARHAMMER®, Twentieth Century Fox on Alien: Isolation, plus 343 Industries and  Microsoft on Halo Wars 2. Creative Assembly has, with their exceptionally talented team of over 700,  amassed a wealth of awards, including multiple Best Place to Work awards and recent accolades  from BAFTA, Music+Sound and Develop’s Industry Excellence awards. www.creative-assembly.com