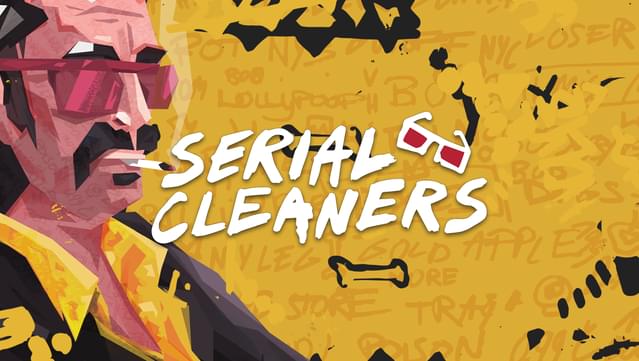 Today’s new trailer showcases the varying talents of Bob C. Leaner, Lati, Vip3r and Psycho. Each has their own unique perspective and play style as their stories unfold and intertwine. All four of them know how to clean up a crime scene, but their skills provide an edge when outsmarting New York’s finest (and not so finest), all to be home in time for Columbo.

Take on the role of an eccentric mob cleaner in 1990s New York through top-down stealth-action requiring both wits and reflexes. With cops in hot pursuit, guards patrolling the area, and inmates scuppering the cleaners’ plans, this sequel to the hit indie gem Serial Cleaner promises an enthralling cerebral caper.

Move without making a sound. Clean without emotion. Disappear without a trace.

505 Games, a Digital Bros’ subsidiary, is a global publisher focused on offering a broad selection of video games for players of all ages and skill levels. The company publishes and distributes premium and free-to-play games on console and PC platforms as well as mobile devices. Publishing highlights include DEATH STRANDING (PC), Control, Assetto Corsa Competizione, Ghostrunner, Gems of War, Journey to the Savage Planet, Bloodstained: Ritual of the Night, and Brothers: A Tale of Two Sons. 505 Games has offices in the United States, United Kingdom, France, Germany, Italy, Spain, Australia, China and Japan. For more information on 505 Games and its products please visit 505games.com.

Draw Distance is a Polish video game developer and publisher founded in 2009. The company is best known for the World of Darkness titles developed in cooperation with Paradox Interactive: Vampire: The Masquerade – Shadows of New York & Vampire: The Masquerade – Coteries of New York. The team are currently working on Serial Cleaners, the second instalment in the Serial Cleaner series which garnered nearly 1.5 million users on PC, Mac, consoles and iOS. The company has been publicly on since 2016.