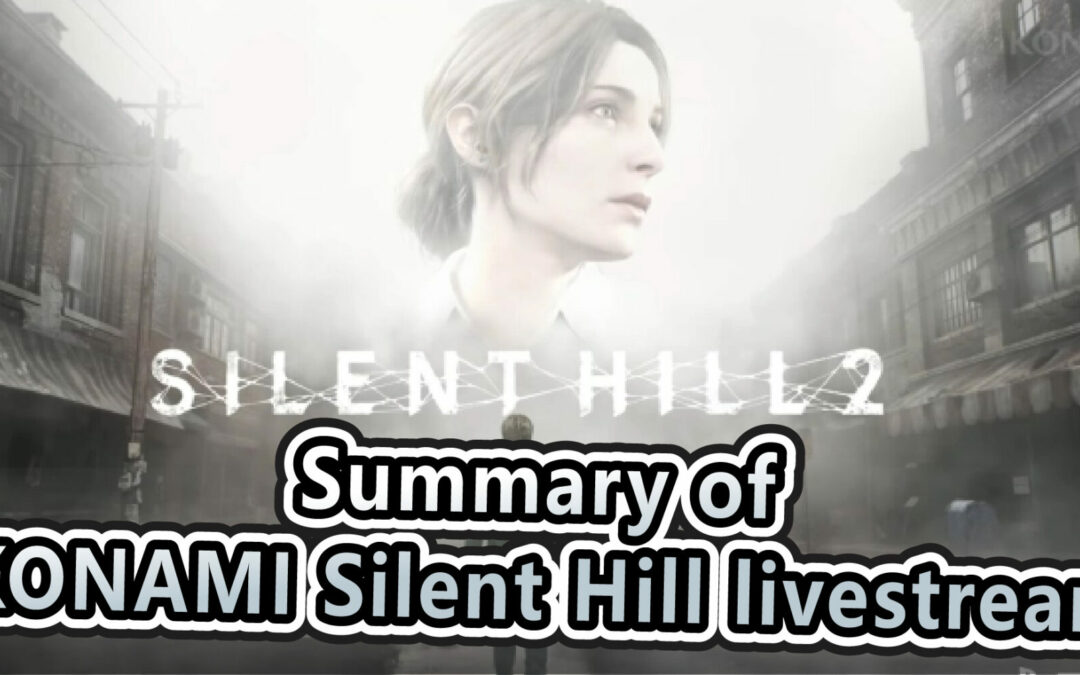 Art director of the classic Silent Hill 2 game Masahiro Ito, and audio composer Akira Yamaoka will take part in the development. While having the old crew on board, KONAMI will work with Bloober Team, having the creative director of “Medium”, Mateusz Lenart as the game director for this remake. A new music style and audio effect will be introduced, a better third-person camera system will be implemented for a better modern gaming experience.

Silent Hill 2 Remake for PS5 console exclusive for 12 months, then coming to PC.

From the developer team who created “Observation”, this new title is developed by No Code and will be published by Annapurna Interactive, which previously published “Stray”. However, there isn’t much information about this title, and we could barely see a few silent hill-like scenes in the trailer below.

Next up, we have Silent Hill f, the game trailer shows a very different art style from previous Silent Hill titles. The story is set in 1960s Japan, a plot written by Ryukishi07. The game is currently under development.

Developed by Genvid Entertainment, this is announced as a real-time interactive series game, which players will watch and make decisions together. Estimate release in 2023.

A brand new silent hill movie, Return to Silent Hill is currently under production, joined by the movie director from the previous Silent Hill (2006) movie, Christophe Gans. In the teaser trailer, Christophe mentioned the fans love the character design of the movie and confirmed the return of the famous Pyramid Head.