This is the third conference held where announcements have been made to start new projects focusing on the worldwide strategy, brand and titles, and GUDA (※), to increase the value of GUNDAM as an IP, and to nurture the GUNDAM brand into an iconic figure for society.

For worldwide strategy, Bandai Namco Group’s key initiatives under the mid-term vision, “Connect with Fans,” will begin April 2022. Prospects were announced for the “GUNDAM Metaverse Project,” a new initiative seeking to connect the GUNDAM IP with fans. For the brand title project, the latest information was shared for the 2022 new television animation release, “Mobile Suit Gundam: THE WITCH FROM MERCURY”. For the GUDA project, updates have been announced for “GUNDAM Open Innovation,” a program that aims to fulfill future dreams and hopes by applying the ideals in GUNDAM to work towards a sustainable future and facing various social issues.

Bandai Namco Group will continue efforts with taking on difficult challenges, and aims to realize a better future through GUNDAM while nurturing the brand into a SP. Please look forward for more to come from GUNDAM projects and initiatives.

※Abbreviation of “GUNDAM UNIVERSAL CENTURY DEVELOPMENT ACTION,” a sustainability project that seeks to face social issues through the GUNDAM brand.

Bandai Namco Group will be following a new purpose, “Fun for All into the Future,” from April 2022, which defines Bandai Namco Group’s mission in seeking joy and happiness for the future by delivering fun and excitement to people worldwide.

Under this new purpose, Bandai Namco Group will start a mid-term plan with the new vision, “Connect with Fans,” so that the company can become a hub that connects more deeply, broadly, and in a more enjoyable way to IP fans, partners, group employees, and society worldwide.

The new mid-term plan will introduce a new means of connecting fans to entertainment properties by building a metaverse for each IP under Bandai Namco Group’s portfolio, which is also utilized as a key part of the company’s IP based strategies. Development will begin with the creation of the “GUNDAM Metaverse” where it will become a platform of opportunities for GUNDAM fans worldwide to come together to converse and connect in a variety of categories.

This metaverse will steadily grow to build a solid foundation as the project moves forward into the future. First step for the metaverse is to create virtual communities for each category, and to enable connections to the categories through use of the BANDAI NAMCO iD (※).

※The BANDAI NAMCO iD is a common account for the BANDAI NAMCO Group, allowing people to enjoy a variety of services and content offered by each group company with a single account.

These virtual communities will meld with the world of GUNDAM as the virtual spaces will be made in the form of space colonies, which will be connected to the “GUNDAM Metaverse” space hub under the name “SIDE-G”.

Plans are underway to build more space colonies themed after a variety of “SIDE-G” categories such as anime, Gunpla, games, music, and more, which will be launched into the virtual space.

Bandai Namco Group will go beyond conventional digital services and use its strengths to merge digital and physical worlds, so please look forward for more to come.

The first launch for the completion of “SIDE-G” will be the “Gunpla Colony,” where various Gunpla related experiences will be made available within the virtual world.

Test runs were held in 2021 for the project, “THE GUNDAM BASE VIRTUAL WORLD,” where people can converge from around the world to enjoy the virtual Gunpla entertainment space. Plans are for this virtual space to launch officially as “THE GUNDAM BASE GUNPLA COLONY STORE,” with limited access tests to be held this autumn.

Plans are also in place to install personalized room functions using the BANDAI NAMCO iD, and to form communities through Gunpla products. The “Gunpla Colony” will bring entertainment to the virtual space by merging digital and physical worlds with “Gunpla Battle,” where fans can scan their Gunpla to face others in battle, hosting “Gunpla Contest” events and providing Gunpla lessons online. 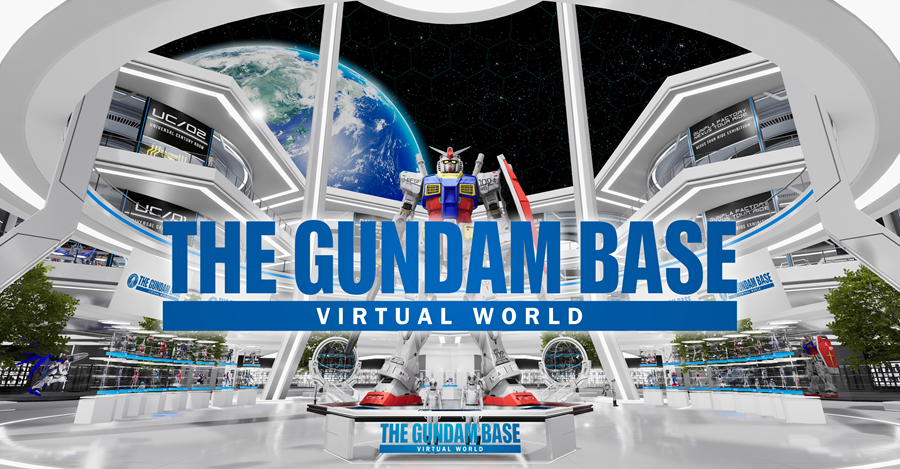 Next in line is the launch of the “Esports Colony,” which is currently in development for completion in 2023.

To mark the beginning of the “Esports Colony,” the “GUNDAM EVOLUTION” first-person shooter (FPS) game will officially launch in 2022. The title will incorporate the best of GUNDAM to provide the pinnacle of entertainment and establish itself as the GUNDAM brand’s first esports-centric FPS game. In tandem to the 6-vs-6 online multiplayer game, “Mobile Suit Gundam: BATTLE OPERATION 2,” the “Esports Colony” gaming community will reach beyond Japan and into the world to bring fans and gamers together.

With “GUNDAM EVOLUTION” taking the lead, there will be a PC version network test of the game that will be held in Japan and the US on April 8 (FRI), so please wait for more to come. 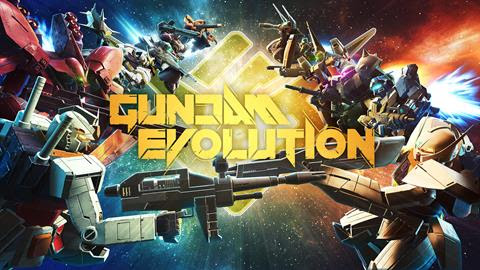 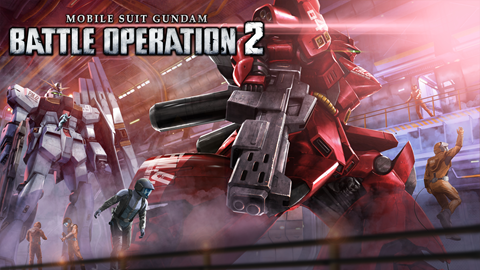 By building a metaverse in which character rights are preserved and implementing this initiative, it expects that new Gundam businesses will be created and that this will lead to further expansion of Gundam IP co-created with fans. The “GUNDAM Metaverse Project” will build “SIDE-G” by launching space colonies for each available category. Bandai Namco Group will create a new economic domain to promote C2C businesses with an invitation for other companies to join a virtual space where GUNDAM fans around the world can enjoy the virtual world together as part of their daily lives.

In order to grow to an even larger scale after 2026, Bandai Namco Group will promote the development of each colony with the “Gundam Metaverse” as a pillar of the Group. Please look forward for more to come.

■ “Mobile Suit Gundam: Witch of Mercury,” the latest in the Gundam series of animated TV series

Broadcasting will begin in October 2022 on Sundays at 5:00 p.m. on MBS/TBS 28 stations nationwide network (Only in Japan, for outside of Japan, simulcast is planned).

Teaser visual and teaser PV released! In addition, the prequel “PROLOGUE” is scheduled to be released this summer!

The latest TV animation of the Gundam series, “Mobile Suit Gundam: Witch of Mercury,” will start airing every Sunday from October 2022 at 5 p.m. on MBS/TBS 28 stations nationwide in Japan.

For details of the announcement regarding this work, please refer to the news release distributed by Sunrise Inc. on Tuesday, March 29 at 14:00. 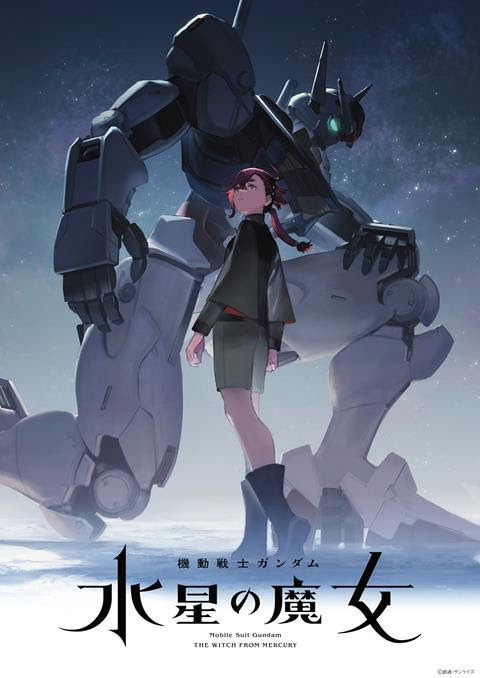 The “GUNDAM OPEN INNOVATION” program, which will realize future dreams and hopes by applying the ideals in GUNDAM to working towards a sustainable future, moved into action in June 2021 with an open invitation made available in July 2021. Bandai Namco Group is pleased to announce that a decision has been made for the partners who will be joining the initiative.

GUNDAM Open Innovation Application Overview
・Application theme
An open invitation was made to gather a broad range of innovative ideas and technologies in relation to sustainable themes/domains that could help future society deal with the same challenges as the GUNDAM world, such as over-population, environmental destruction, and space colonization.

・Selection overview
The open invitation was made to gather partners such as experts from various fields, including innovators, research centers, and leading companies who are earnestly seeking to bring about innovation and a future society based on the Universal Century theme sought by humankind. In particular, areas used to determine partners to join the initiative were: “deep understanding of GUNDAM,” “technology, experience, achievement were the themes of interest,” and “future feasibility (3–4-year plan).”

Action plans for chosen partners are currently in consideration. More details to follow at the official “GUNDAM Open Innovation” website. 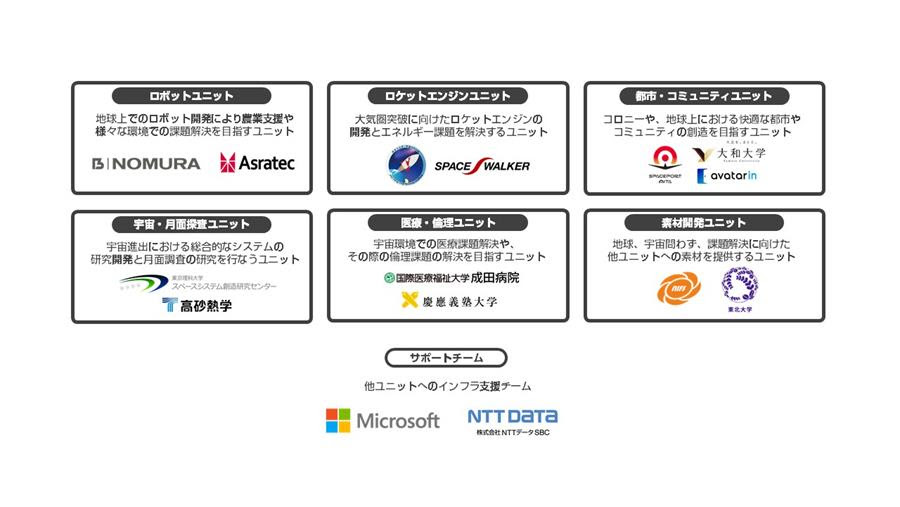 Other submissions are currently being evaluated besides the announced partners. Depending on the submission content and progress, those will also be made public on the official “GUNDAM Open Innovation” website.

Bandai Namco Group will be attending “Gundam Pavilion (tentative name)” in “Expo 2025 Osaka, Kansai, Japan” where an announcement will be made covering results from “GUNDAM Open Innovation” and beckoning the coming of the Universal Century. Please look forward to progress from the initiatives with eyes towards the Universal Century.

※Always display the appropriate legal line noted above with the copyright mark when displaying images and other materials.
＊The information herein represents information as of March 29, 2022 (TUE). Information on dates and other contents may be updated without notice after release.
＊Images used in the release is for reference only.