Quinzy, a game studio based in Singapore, has officially launched a new game NFT on Ethereum chain, Buddy Beater, and opened its whitelist registration. The game is designed based on a play-to-earn system with the concept of “earn more fun, hunt your friend, and gain money,” to support gaming career. They also announced its official partnership with three big brands, LOGA Thailand, AMD (Thailand), and eGG Network.

Buddy Beater is a 2D multiplayer battle royale game operating on the Ethereum chain. After the game was soft-launched last week, the feedback is quite positive with its interesting concept and design. The developer state that “When it is a game, it must be fun.”, so they position Buddy Beater differently from other games on the blockchain. Moreover, the developers have affirmed that this is the most sustainable and fairly distributed game ever; there will be no ICO, no pre-sale, and no Airdrop.

“Buddy Beater is not a GameFi. We want to create a game that enhances players’ experiences by utilizing blockchain technology. We apply the Non-fungible Tokens or NFTs to let the players interact and own the in-game assets,” said Mr. Noppasorn Sansanee, the CEO of Quinzy. “Basically, we want players to own their avatar, have fun playing the game, earn the in-game assets, and manage their economy.” 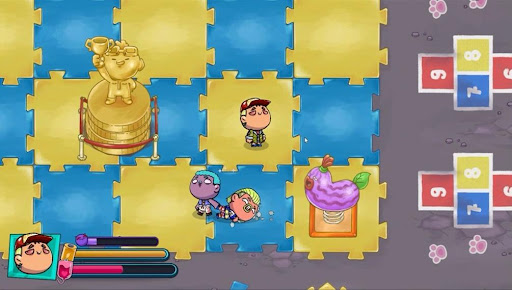 The game has employed the play-to-earn model, which players can play and earn at the same time. The developers said that their model is developed with a well-designed tokenomic system by specialists. Consequently, the total avatars of 18,888 will be distributed fairly. There will be no pre-sale or pre-minted.

They also revealed that they have partnered with three well-known brands, LOGA Thailand, a gaming gear company in Thailand, AMD (Thailand), one of the most well-known semiconductor companies, and eGG Network, the e-sports broadcast media in Southeast Asia. “We were very thrilled when they agreed to be our partners. Together with their strengths and potentials, we believe that Buddy Beater has more room to grow with the borderless world of technology,” added Mr. Noppasorn Sansanee.

The story of Buddy Beater begins with the Quinzyverse, a planet that is far billions of light-years away. There are many species living on this planet without knowing the existence of each other until the greediest species ever, Sapiens, invaded the territory and discovered other species like Beast, Ancient, and Mutant. Anyone interested can now join the whitelist at its website https://buddybeater.io/.

Buddy Beater is a 2D animation multiplayer battle royale game that allows player to fight against each other in the arena. The story of this game begins with 4 species living in this world without knowing that there are other creatures. Until Sapiens, the greediest species, are trying to invade the territory, and discover that there was other 3 species living in this world, Beast, Ancient, and Mutant. Each of them is aiming to conquer this world!

The game design is based on play-to-earn system based on Ethereum chain which helps players play and earn at the same time. Besides, the assets in the game are Non-fungible Token (NFT) that players can truly own those valuable items.

Quinzy is a game studio based in Singapore. The company focuses on utilizing new technology like blockchain to enhance the way you interacted and own in-game assets. Quinzy is planning to expand our own game universe to cover every dimension of players’ demand under the concept of one-for-all. This means that every avatar we sell will be able to play in every game of Quinzy Universe and we will become the Quinzy Kingdom of the metaverse in the future.