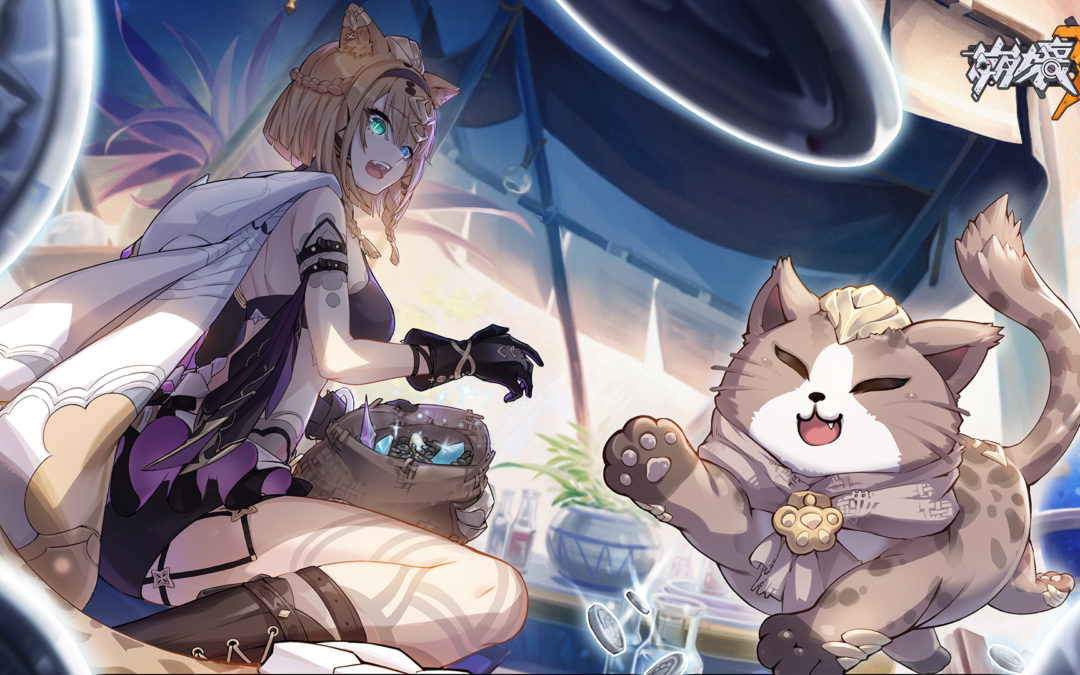 Full upgrade of Elysian Realm, and Pardofelis, the adorable owner of the Elysian Shop makes her debut!

Singapore, April 1, 2022 — The Honkai Impact 3rd team announces that the action game will be updated to v5.6 [Elysian Reverie] on April 7. The Elysian Realm hub is receiving a full upgrade that offers a much more immersive experience. Pardofelis, the adorable owner of the Elysian Shop, will also make her debut as [Reverist Calico], an IMG-type Ice-elemental SP melee fighter. New events, new outfits, and new in-game bonuses are awaiting Captains!

Honkai Impact 3rd is set in a modern world corrupted by mysterious energy known as Honkai. A tenacious resistance formed by Valkyries, brave girls carrying anti-Honkai genes, leads humanity in a war of survival and fights for everything that is beautiful in the world. Since its launch on mobile devices, the game has won an international following and frequently topped App Store’s and Google Play’s download charts. The game was ported to PC in late 2019 with cross-save support, making the Honkai-verse more accessible than ever!

In the upcoming v5.6 update, Pardofelis, the owner of the Elysian Shop, who always uses “restocking her shop” as an excuse to slack off, finally unveils herself. Before becoming one of the Flame-Chasers, Pardofelis lived in the nefarious Sundown Alley, and relied on her “craftiness” to get by. Although she claims to be the weakest among the Flame-Chasers, and that her enlistment was a coincidence, as the [Reverist Calico], she still has a unique fighting style worth noting.

[Reverist Calico] is an IMG-type Ice-elemental SP melee fighter. Pardofelis fights lithely, a style that incorporates both the agility of a cat and traits of a dancer. She wields a new type of weapon, a chakram, and fights with her pint-sized buddy, Can. Her strike can summon a fluffy cat paw to attack, and her ultimate deals massive damage by having the gigantified Can crashing into enemies from the sky. Since Pardofelis declares that she “can get her paws on anything for the right price”, let’s go find out how “tough” she really is!

Aside from the new Flame-Chaser, the Elysian Realm hub has also received a full upgrade. Captains will be able to explore the hub, interact with characters in the room, and get a closer look at in-game items! Weekly challenges have also been optimized – new stage effects and optional buffs are added, which can be tremendously helpful in battle with strategic set-ups! Different Remembrance Sigils can also be equipped to activate different support skills when battling in the Elysian Realm. The interface has been optimized to provide a more intuitive combat experience where players can cast support skills at the right time once they’re charged.

Elysian Realm events will roll out with the version update. New outfits and weapons can be obtained for free by participating in the events and completing missions. In addition, Kalpas will appear in the new story as a Boss, but is he the one picking fights and causing chaos? The truth is yet untold…